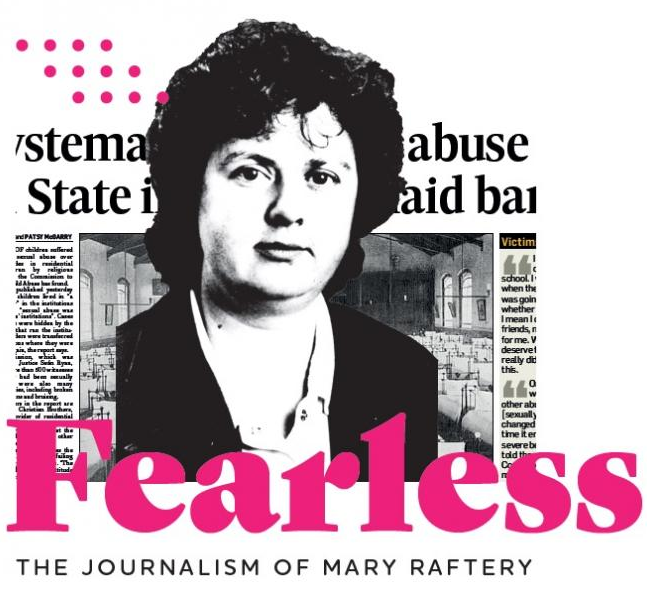 DCU Library launched its most recent exhibition ‘Fearless: The Journalism of Mary Raftery’, which coincides with the 20th anniversary of the airing of Raftery’s three-part television documentary series States of Fear (RTÉ, 1999). Based on extensive research and the personal testimony of survivors of the industrial school system, the series prompted an apology from the Irish Government and resulted in the establishment of a commission of inquiry into the schools.

The exhibition also features her subsequent documentary, Cardinal Secrets (RTÉ, 2002), which resulted in another commission of inquiry, this time into the Catholic Archdiocese of Dublin. The exhibition also examines Raftery’s early journalism in magazines such as In Dublin and Magill in which she tackled a range of issues from planning to property speculation, the drugs trade and environmental pollution.
In addition, it highlights her work at RTÉ, for which she was named as the “Woman Journalist of the Year” in 1985 for her documentary on the mistreatment of patients in Irish psychiatric hospitals.

Mary Raftery passed away in 2012, but her legacy as one of the most influential journalists of the past half-century continues to inspire successive generations entering the profession.
The exhibition was officially launched on Thursday 26th April 2019 and is based in O’Reilly Library, DCU Glasnevin Campus, free of charge and open to the public during normal library opening hours.
PrevNext