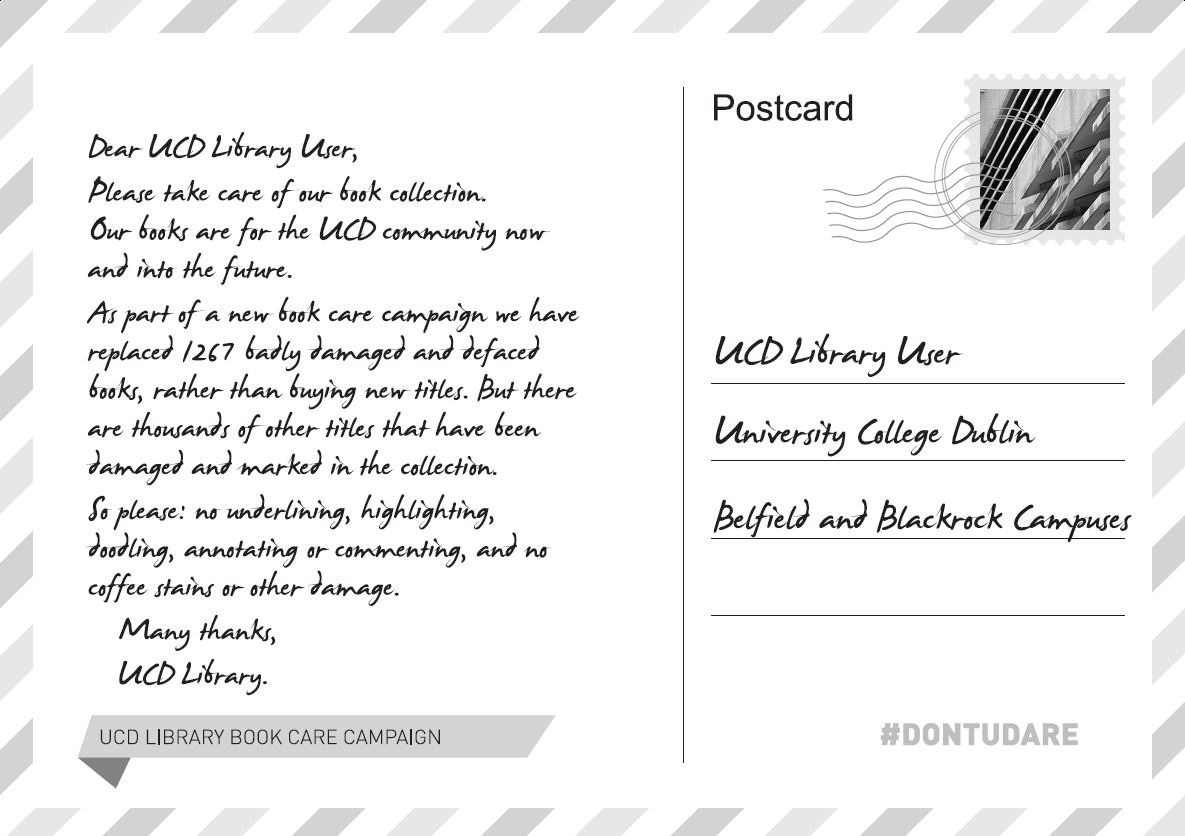 UCD Library has launched a special campaign in October, to be repeated in February, which focuses on the unacceptable levels of book defacement and damage taking place.
The publicity posters, postcards, online campaign page and free bags are built around 5 characters: the underliner, the commentator, the daydreamer, the highlighther and the doodler. And a very simple  message drives home that money we have had to spend over the last year on replacements, which is enough to buy 1200 copies of new titles or editions.
The online page for the campaign is at http://libguides.ucd.ie/bookcarecampaign
PrevNext