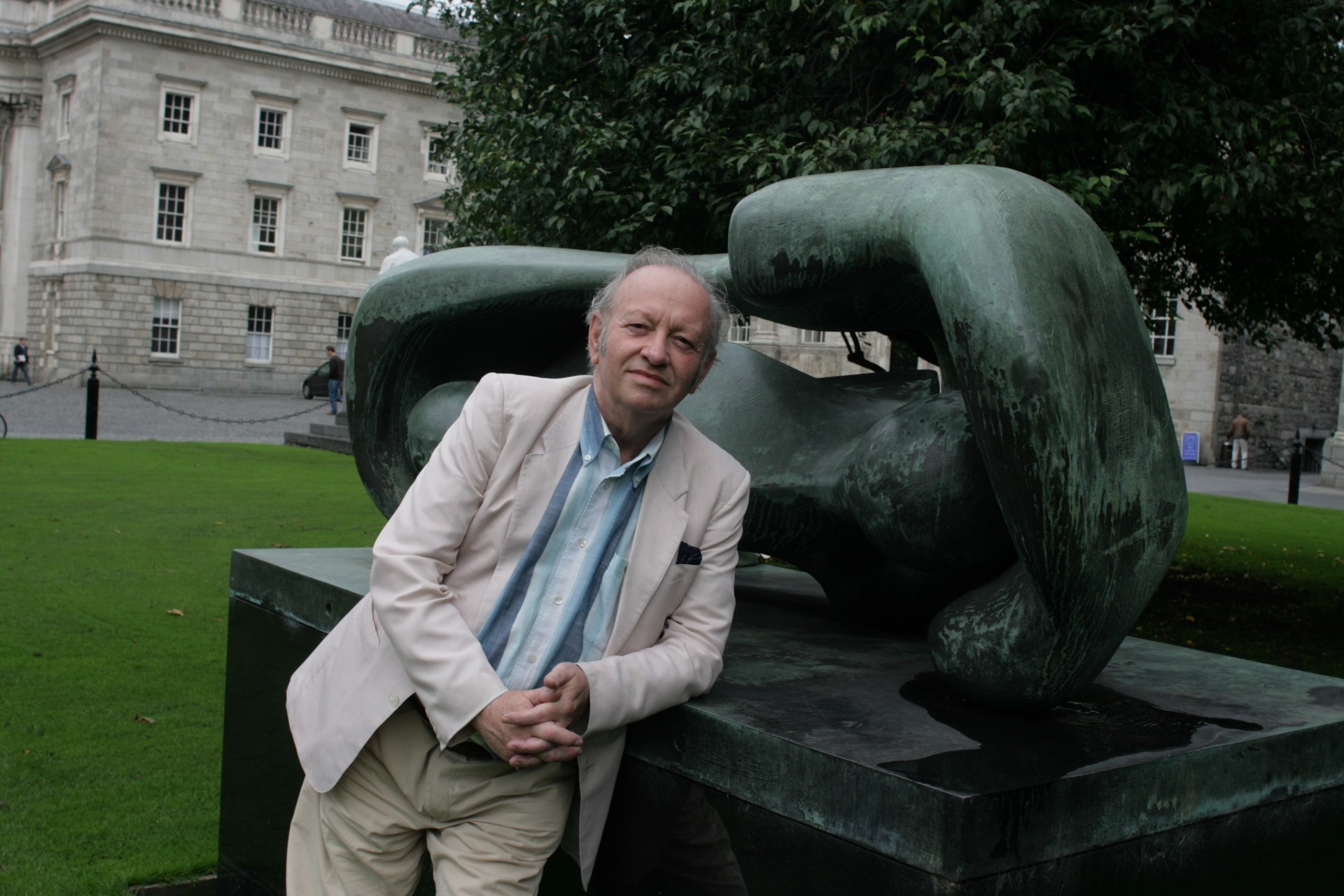 The life and work of poet Derek Mahon was celebrated last November in Trinity College Dublin with a conference organised by Trinity’s School of English in association with Poetry Ireland and hosted in the Trinity Long Room Hub Arts and Humanities Research Institute. The event took place ahead of what would have been the poet’s 80th birthday.

To mark the occasion an online exhibition entitled Derek Mahon: Piecing Together the Poet was also organised jointly by the Library of Trinity College Dublin and the Stewart Rose Library of Emory University (home to the principal Mahon archive). The exhibition features readings by Mahon himself and Stephen Rea along with specially commissioned interviews with friends and fellow poets. The exhibition also features atmospheric photographs by John Minihan.

The exhibition charts the formative influences of Mahon’s life and work including: his ambivalent relationship with Belfast where he grew up; Trinity, where he found his voice as a poet; contemporary poets, Seamus Heaney, Eavan Boland, Michael Longley and Brendan Kennelly, all friends and close associates of Mahon; his great reflective poems, such as the famous ‘A Disused Shed in Co. Wexford’, as well as his beautifully lyrical shorter pieces, including the consolatory ‘Everything Is Going To Be All Right’ both read by Stephen Rea.

Professor Nicholas Grene, a member of the conference organising committee and Emeritus Professor of English at Trinity, commented:

“Derek Mahon was a star in a generation of wonderful Trinity poets. He was our very first Writer Fellow in Trinity in 1986 and was awarded an honorary degree by Trinity in 1995. His international distinction as a poet was recognised in a number of prizes including the David Cohen lifetime achievement award in 2007.”