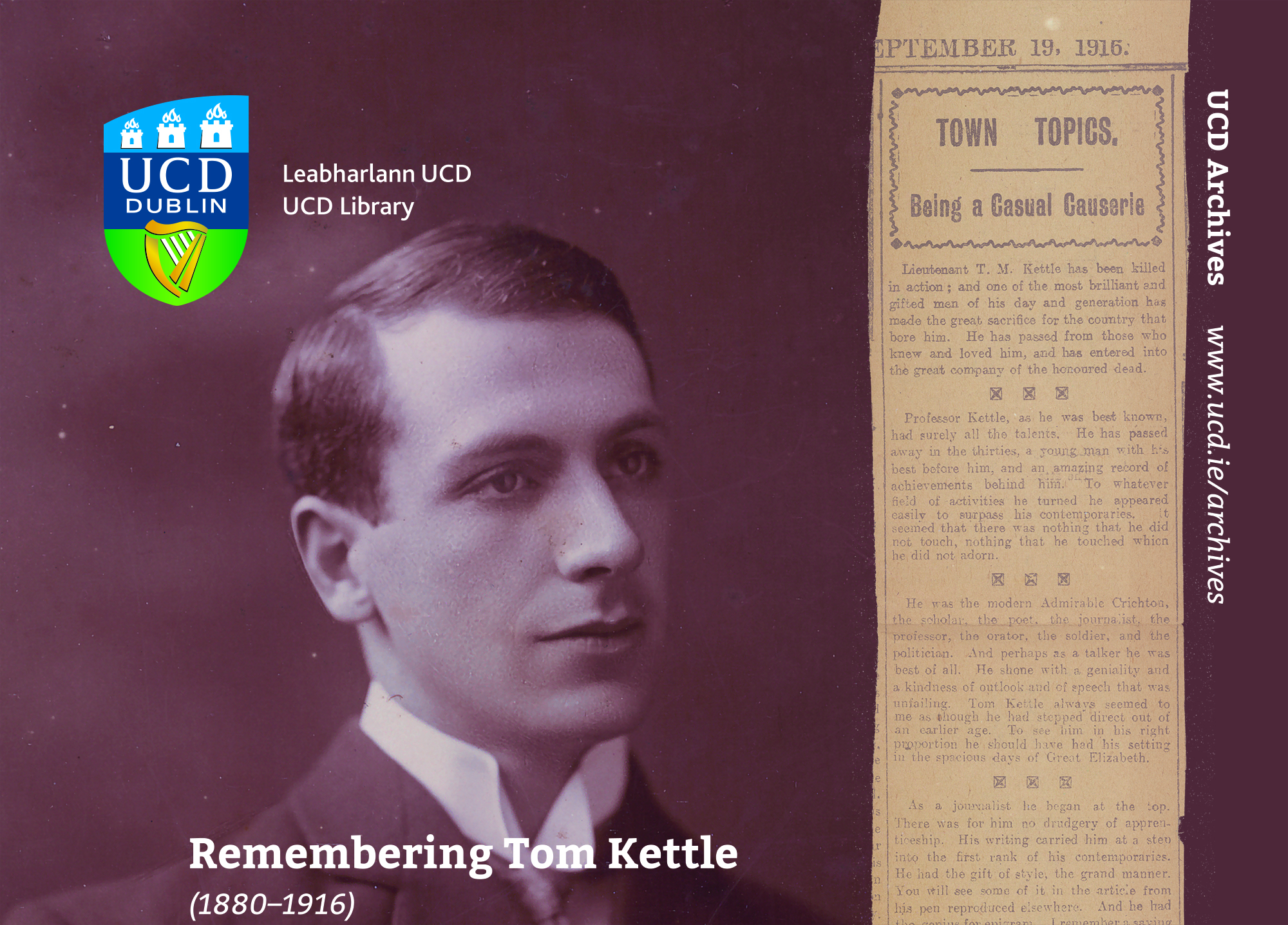 The one hundredth anniversary of the death of Professor Tom Kettle at Ginchy, fell on 9th September this year. Kettle was a graduate of UCD. He was called to the bar in 1905 and elected Nationalist MP for East Tyrone in 1906. He resigned his seat in 1910 having been appointed to the Professorship of National Economics in UCD the previous year. In 1913, he joined the Irish Volunteers on their formation and was in Belgium to procure arms when the First World War broke out. He took a commission in the Royal Dublin Fusiliers and was dismayed both by the Easter Rising and the subsequent executions. Kettle volunteered for active service and was killed in 1916. The collection of his papers held in UCD Archives includes significant material concerning his war service. These, and other original documents, including items from UCD Special Collections, are on display in the foyer in UCD Archives during September and October.

This exhibition is now running until November 4th and is open to the public on Monday – Thursday 10.00 – 16.00 and Friday 10.00-12.00. Please see the UCD Archives website for more information at http://www.ucd.ie/archives.

Dr. Lucy Collins of the UCD School of English, Drama and Film was in attendance at a ceremony in the village of Thiepval, France on the anniversary of Tom Kettle’s death. Watch her memorial speech below.