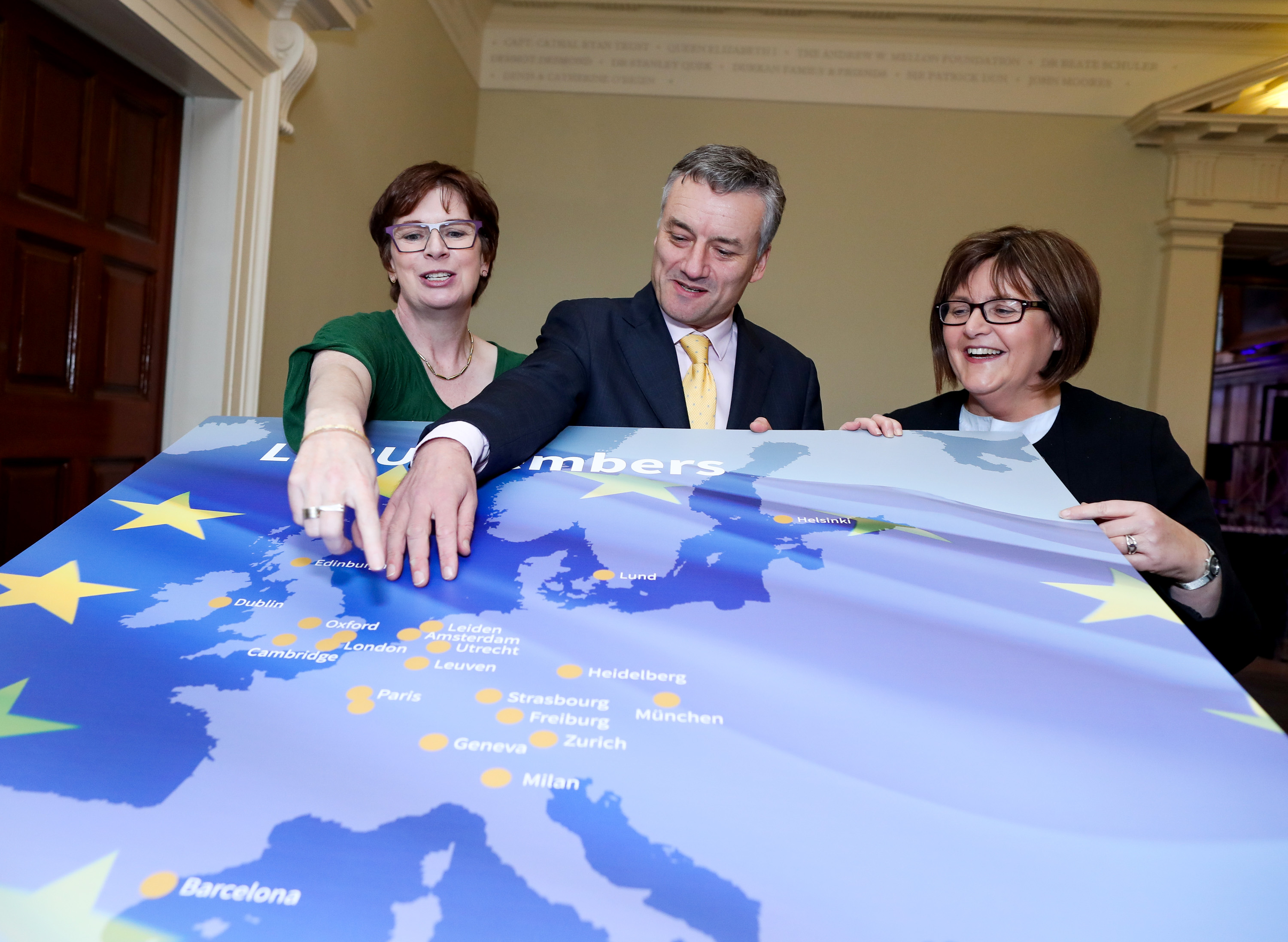 Trinity College Dublin has joined the prestigious ranks of the League of European Research Universities (LERU). It is the first and only university on the island of Ireland to become a member of Europe’s leading network of research-intensive universities that includes Oxford and Cambridge. Trinity along with the University of Copenhagen will from today join its ranks. The announcement was made by LERU’s Secretary General, Professor Kurt Deketelaere, following a meeting of LERU Rectors’ Assembly in Heidelberg, Germany this afternoon.   He broke the news to a delighted Provost and assembled College community by live video link up at a special event in Trinity’s Dining Hall.